On the road from the pass, Cibiana di Cadore, almost hidden in a side of the Boite valley. The village leads to the Zoldo valley, the town is dominated by Monte Rite on one hand and by Sassolungo of Cibiana on the other. Sassolungo offer a beautiful view from the top, 2.413 meters. You can reach the top going up to the via normale, an easy way in a peculiar natural enviromant.

The origin of this country is lost in time but we know that was famous for the production of keys and spikes in the Middle Ages, thanks to the proximity of iron mines. This was also a land of emigration, but today Cibiana has a completely different appearance. 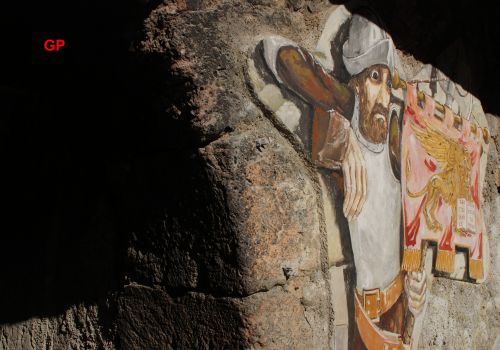 Nearby runs the bike lane of the Long Road of the Dolomites, the way that go through Cortina and San Vito di Cadore. From Venas, looking a bit on wholesale, you can see some houses of the town, but then climbing to the pass, you leave them behind. Just on top of the pass is the road that leads to the Museo tra le Nuvole (Museum in the Clouds).

From that was an Italian block house during the First World War with guns, garrisons and a dominant position on the Boite Valley, today the top of Mount Rite is a wonderful museum. Its main feature is that of a museum of high altitude, the highest in Europe at 2.181 meters altitude.

Walking through the many rooms that make up the museum is told the entire history of the Dolomites, thanks to equipment and documents that trace the large enterprises of the mountaineers who conquered the peaks. In here are exhibited sculptures depicting the most massive known in the Dolomites, and there are also paintings and prints with the mountains as a subject. Large windows overlooking views of the mountains and explain their characteristics. From the roof of the museum, the view is breathtaking, turning on themselves can be seen all at once many known peaks of the eastern Dolomites.

This museum, opened in 2002, was wanted from the climber Reinhold Messner and is part of a larger project, composed of six museums, which is a museum circuit. Each one of these museums are distinguished from others by a particular subject related to the mountain. 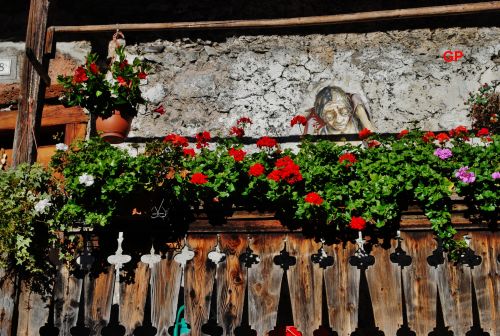 Another notable Cibiana dates back to 1980 when in the town by the will of the artist Vico Calabrò, took life an initiative that became well known among the general public: the Murales (Murals). These are large paintings of frescoes on the walls of the houses, so that anyone passing by can admire them while they are in the furthest corners of the country. The Murals represent different subjects, as well as ancient traditions and crafts of the country. Their uniqueness is to tie in with intimate streets and houses of Cibiana. The frescoes have with the country a common thread that unites them, merge with the essence of those villages. Each year, thanks to artists from all over the world, this outdoor museum is enriched with new works.

Although small and perhaps remote could be, the village of Cibiana di Cadore certainly not lacking in surprise everyone who visits it and wants to discover the many treasures that are kept.