Trentino Dolomiti are decentralized than the other peaks of the Dolomites. They are located to the west of Trento and extending down to the province of Sondio in Lombardy. Here is a great mountain range, the Brenta Dolomites. They are approximately forty-two kilometres wide and large fifteen kilometres. The area falls under the Adamello Brenta Natural Park. Here there are many peaks and the countries mentioned around this mountain range make the idea of the distances between countries and the city of Trento. 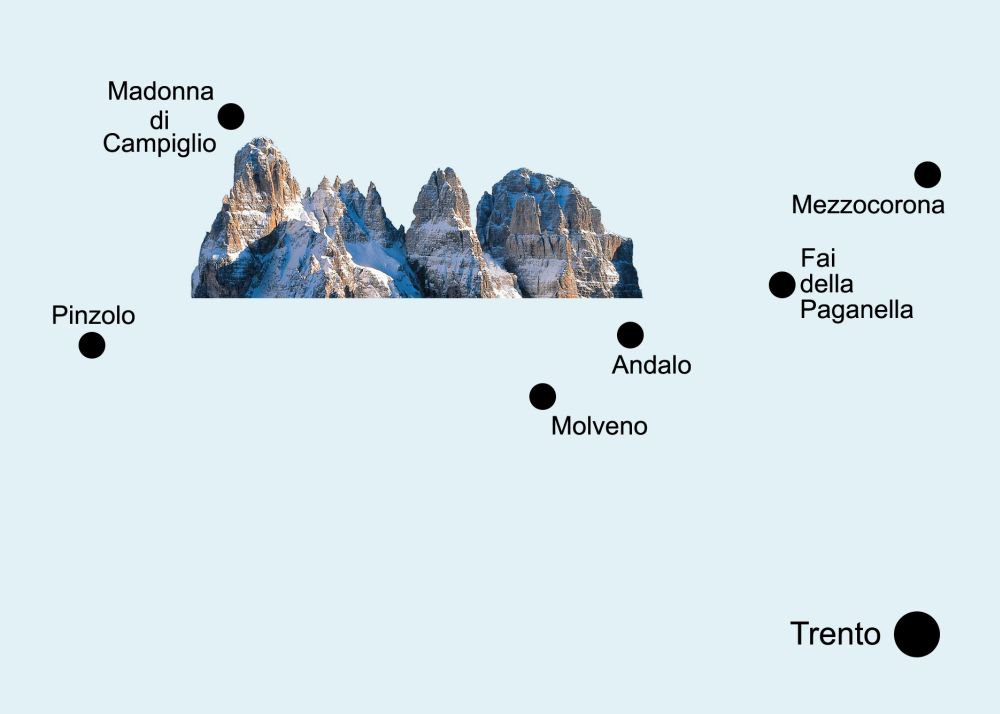